Keeping up with Street Sweeping

Watching a Street Sweeper do its job is satisfying. As the leaves get sucked up into the hopper, you can’t help but smile as you look in the rear-view mirrors and admire the clean road behind you. Then you see it. About two blocks back, there is already a small pile of leaves taunting you. It won’t be long until the leaves mix with garbage that attract animals and create a driving hazard for the citizens. Those leaves need to be swept up before it gets to that point.

About a year ago, the City of Newark rented several street sweepers to relieve the previously paid outside vendors, saving nearly $2 million and creating jobs for locals. However, there were several comments on the city’s facebook post that gave the appearance that the streets were not swept with the rented vehicles as frequently as the vendors did. Whether or not the people who commented on the post were internet trolls or honest citizens, it is still very important to maintain a strict cleaning schedule.

Public roads see a lot of action, especially in cities like Newark. With thousands of drivers daily, it is incredibly important to eliminate as many potential hazards as possible before they come dangerous. Things like trash are safety risks because drivers could skid and slide on the foreign surface and collide with other vehicles. Small skids can easily lead to much larger accidents rather quickly.

Dirty streets can also hurt the environment. When waste particles make their way onto roadways, they can interfere with the local ecosystems. Contaminants can poison the local ecosystems and turn those habitats into toxic wastelands. Road litter can also attract animals into the streets, posing another threat to drivers. Animal-involved accidents, whether a driver strikes and animal or swerves into other vehicles to avoid an animal. Frequently sweeping streets can start to eliminate these hazards and prevent accidents.

Leaving debris like large or small rocks can also prove to be dangerous for the quality of automobiles. Rocks can easily be kicked up into vehicles parked on the side of the road and puncture them. Larger debris can cause drivers to swerve violently, which can result in serious accidents. Preventing any debris from building up on roads will keep your drivers safer.

If you are looking to improve your street sweeping performance, Bortek offers several different vehicles for rent or sale. Equipped with vacuums and blowing machines, our sweeping trucks are optimal to get the job. Why hire a vendor to do the job when you can provide jobs for your citizens and save money doing it yourself? Click here to view our current selection of street sweepers. 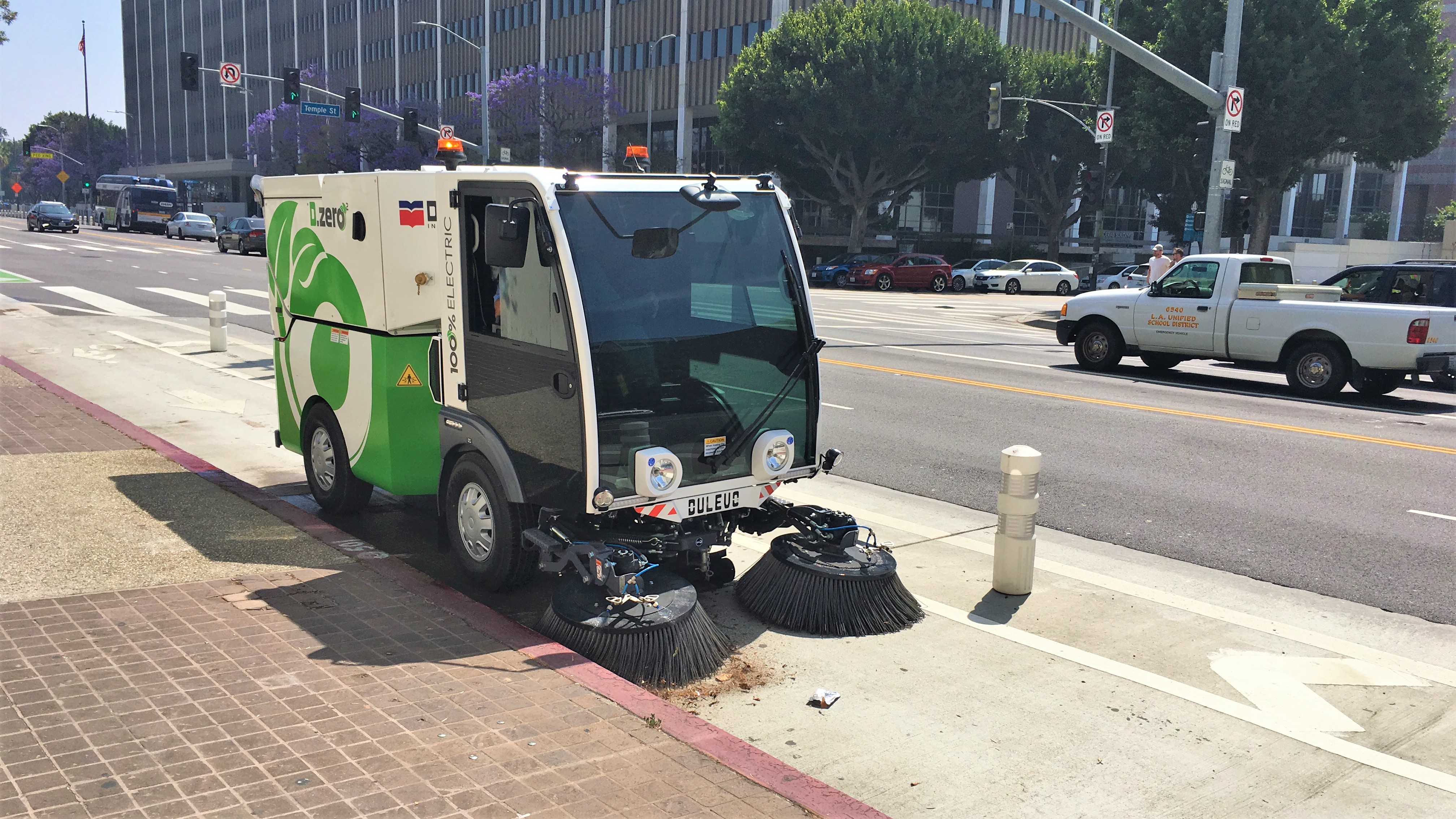